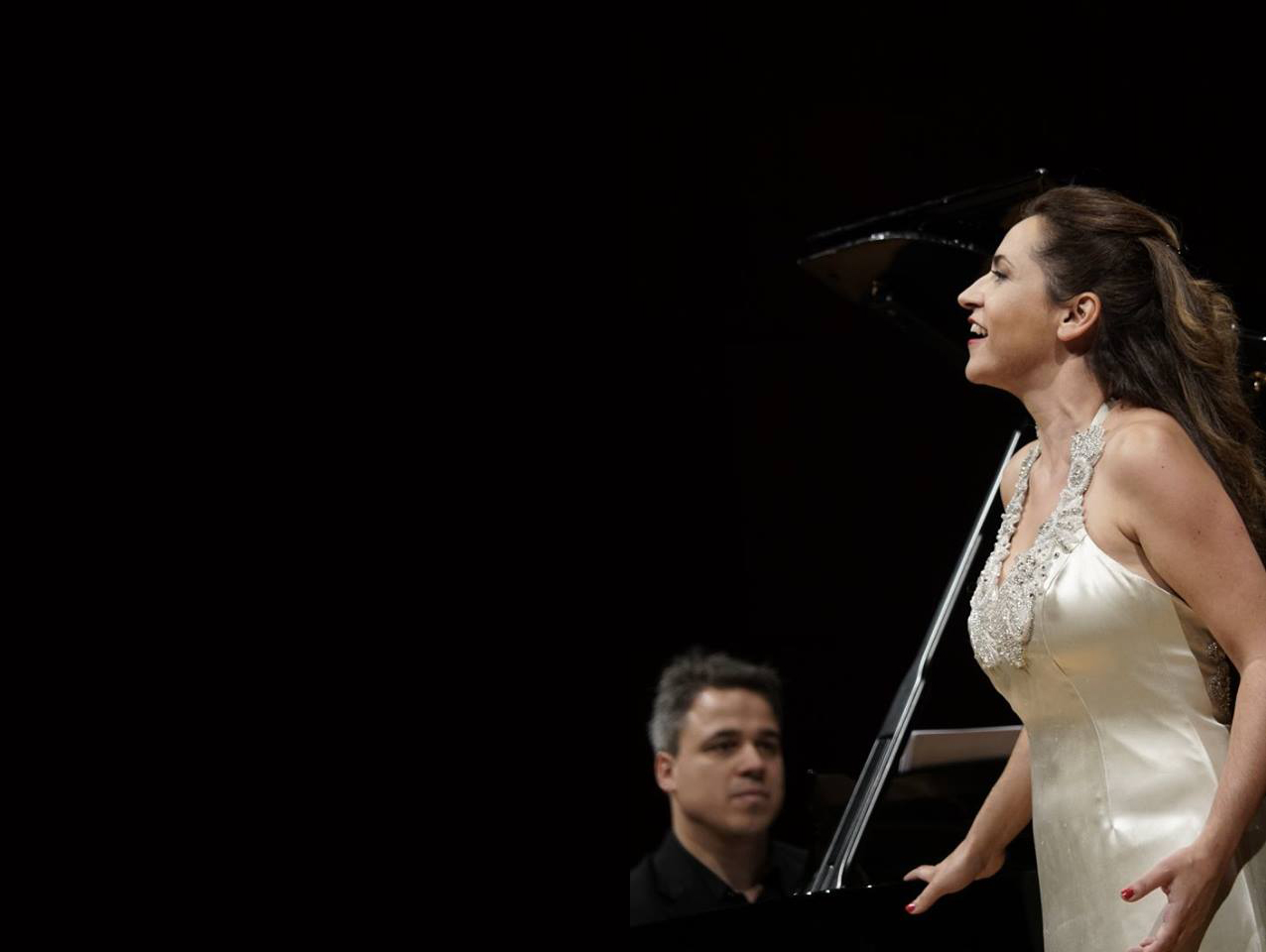 Mezzosoprano Anna Alàs i Jové is recording a lied album with pianist Alexander Fleischer
After making her debut this summer with ORCAM (Orquesta y Coro de la Comunidad de Madrid, under the conductorship of Víctor Pablo Pérez) and being part of the cast of The Magic Flute performed at the last Edition of the Festival Castell de Peralada (with the opera debut of the playwriter Oriol Broggi), the mezzosoprano Anna Alàs i Jové will be recording during the fall a duet album with her pianist Alexander Fleischer, with whom she has been regularly working for over a decade.

Alàs, avowed as a liederist in Germany (2nd Award at the International Competition for the Art of Lied Stuttgart 2010, among others) she herself reminds us, “We are a stable duet –with Fleischer- ever since we met at Wolfram Rieger’ s lied class 10 years ago; and we have also taken lessons with Irwin Gage, Dietrich-Fischer-Dieskau, Brigitte Fassbaender and Malcolm Martineau. We were selected for the cycle of Exzellenz Konzerte under the sponsorship Daniel Barenboim, and we received the 2nd Award at the Internationaler Wettbewerb für Liedkunst Stuttgart, we were also invited by Thomas Hampson for an internship at the Heidelberger Frühling Lied Akademie and have shared the stage with Thomas Quasthoff at the Berlin Konzerthaus.”

Fleischer, a model for the new generation of song piano players, is in great demand to play in concerts and recordings, and highly valued for his teachings (Berlin and Mannheim Musik Hochschule).

The pieces that will be performed by Alàs in this record are part of the compilations: