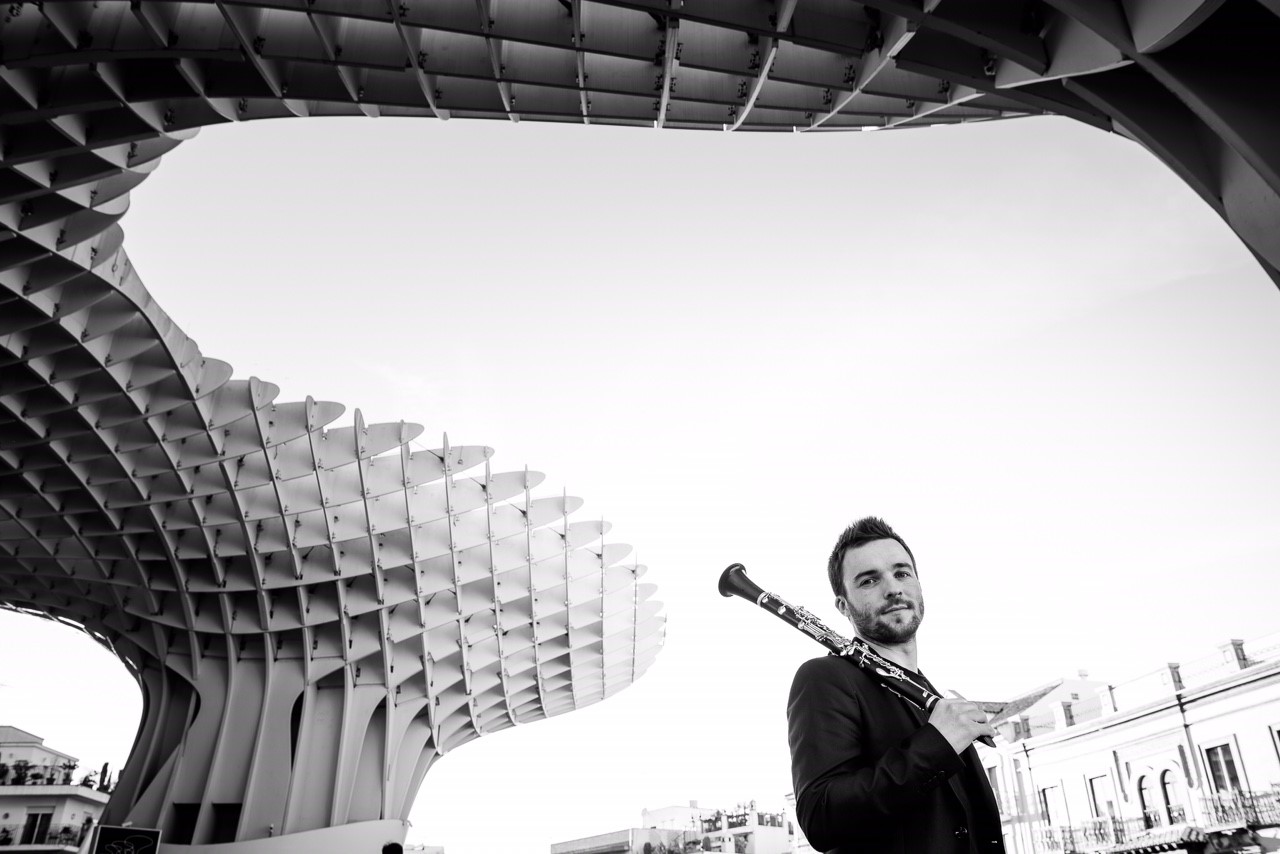 Seed Music’s line-up of artists has recently expanded with the incorporation of the young clarinettist, Miquel Ramos. With his excellent qualities as an interpreter, and brilliant debuts with ensembles both in Catalonia and across Europe, he is an outstanding member of his generation.

Ramos began studying the clarinet at the Escola Municipal de Música in Premià de Mar and continued at the Conservatori Professional de Música de Badalona, with Xavier Castillo, and at the ESMuC in Barcelona with Josep Fuster. He received coaching and advice from professionals such as Lorenzo Coppola and Vicent Alberola and completed his training at the Musikhochschule in Lübeck with international soloist, Sabine Meyer, graduating with honours, and being awarded study grants from JONDE/BBVA and the Possehl Stipendium. He played with the JONC orchestra and participated as a trainee in the  Philharmonisches Orchester Lübeck. He is regularly invited to perform as clarinet soloist with orchestras such as the Festival Strings Luzern, Geneva Camerata, the Orquestra del Gran Teatre del Liceu, the OBC, the Philharmonisches Orchester Lübeck and the Orquesta de Radio Televisión Española, among others.

He is currently a member of the Spira Mirabilis project – which gives him the opportunity to play classical repertory on historical instruments – and of the renowned wind quintet Azahar Ensemble, who are constantly active. In 2016 he made his debut as soloist, performing the Concerto for Clarinet and Orchestra, Op. 57,  by Carl Nielsen with the Orquestra Camera Musicae at the Palau de la Música Catalana.

Ramos will perform at the Palau de la Música Catalana on 20 June in the Cycle of Catalan Performers alongside other Seed Music artists. Together with Joel Bardolet, Carles Marigó and Pau Codina, the quartet will perform Quartet for the End of Time by Messiaen and two pieces by Philip Glass. Another project for the near future is the Quintet in B minor, Op. 115 by Brahms, a work that Ramos is preparing with the Lassus Quartett led by Joel Bardolet.