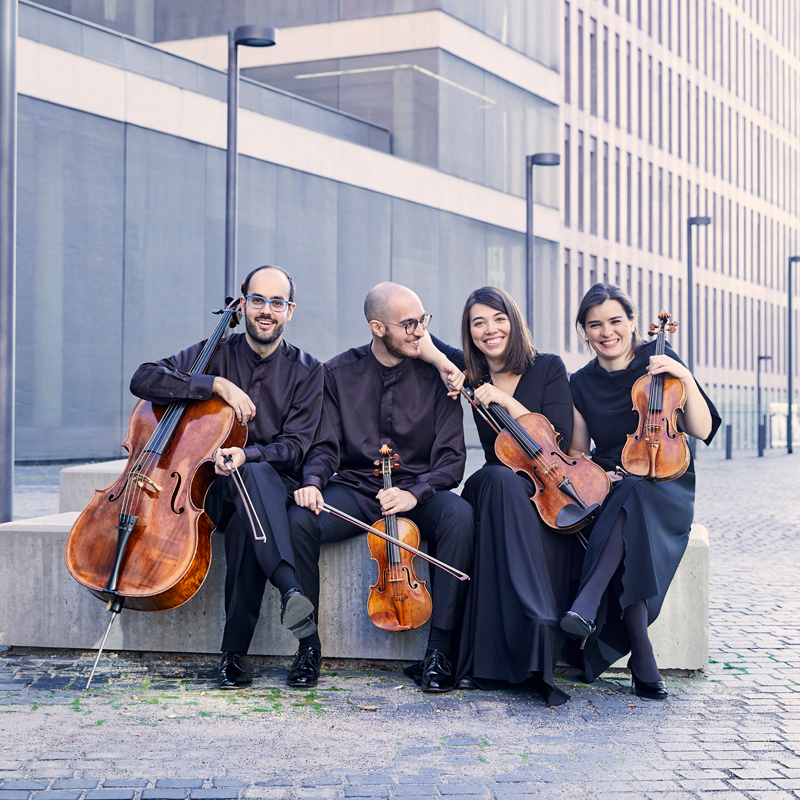 The brand new first record of Cosmos Quartet has come to life. The chamber music ensemble formed by Helena Satué and Bernat Prat, violins; Lara Fernández, viola and Oriol Prat, violoncello, will present at the beginning of May the album Influences, published by Seed Music (Seed 008), and it’s available in our shop.

The record, which combines Works of Haydn and Brahms with a premier of the composer Raquel García-Tomás, is the discographic debut of these four interpreters as a stable band. To make this premier still more especial, the album was recorded with all four instruments designed and created by the very prestigious luthier David Bagué specially for each musician.

Influences, recorded at AXA Barcelona last October 2018, is a Seed Music production with musical production of the team of N, related to Neu Records (Santi Barguñó). The avowed journalist and musical critic Antoni Batista is the author of the comments in the booklet-record, which together with the photos of Michal Novak suppose a mark-up to this work.

The recorded works are:

The album will be launched next May 6, at the Auditori del Conservatori del Liceu (Barcelona).

They are saying about the project:
Revista Musical Catalana
(Television of Catalonia) TV3