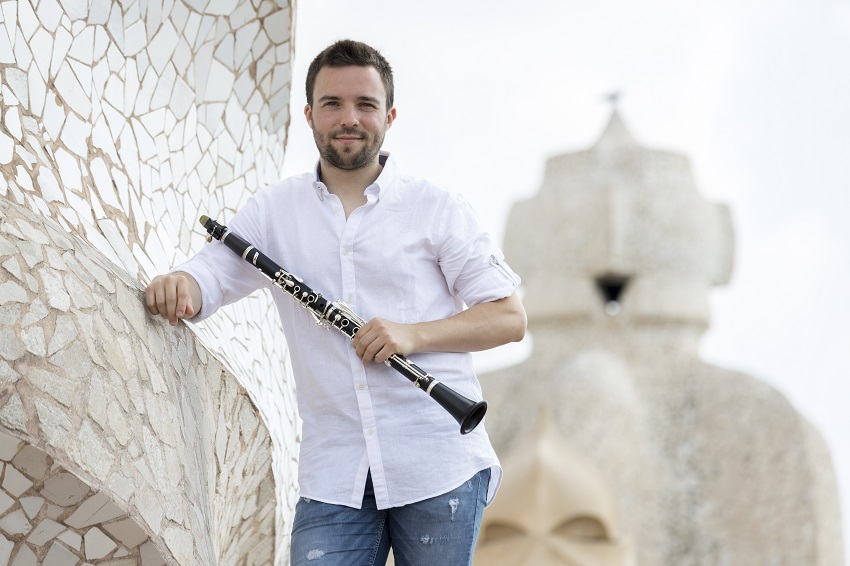 The clarinetist Miquel Ramos is one of the resident musicians at La Pedrera this season. Ramos, who will give three concerts over the coming months, is offering “a slightly more risky” repertoire than usual. The pianist Albert Cano Smit and the countertenor Víctor Jiménez Díaz will complete the current La Pedrera residencies, together with the composer Raquel García-Tomás.

The first of Ramos’s concerts will take place on 17 November alongside the Lassus Quartett, with a programme that brings together two of the most highly praised and well-known works for string quintet and clarinet: the Quintet in A major for Clarinet and Strings, KV581, by W. A. Mozart, and the Quintet in B minor for Clarinet and Strings, Opus 115, by Johannes Brahms.

Later, on 15 March, Ramos will premier a work by Raquel García-Tomás in a varied programme performed with the actor Jaume Sangrà and the pianist Àlex Ramírez. He will bring his residency to a close on 19 Abril in a duet with Àlex Ramírez.